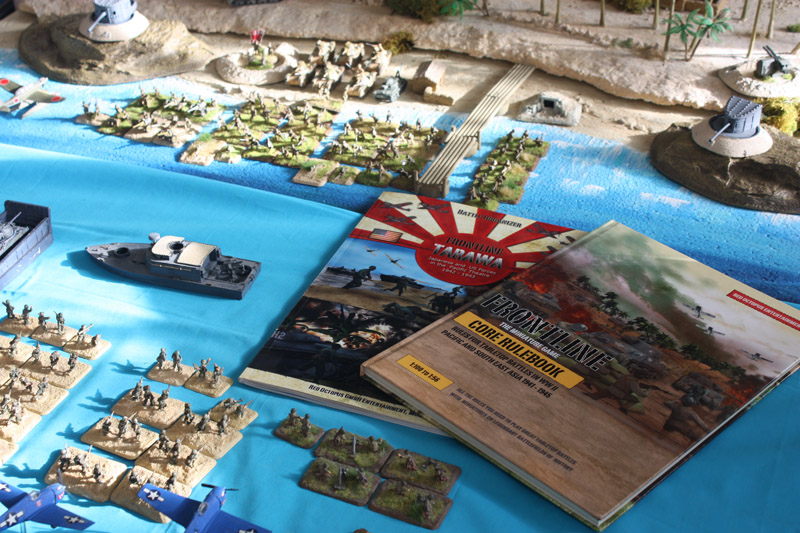 Red Octopus Entertainment creates books and organizer for tabletop-players. A very interesting scenery is the Pacific Theatre! Based on historical facts, we not only created organizers for table top games, we also made several books about this setting. Frontline Battle Organizer books contain the Frontline Core Rulebook (English and German) as basics for all battles in the Pacific & South East Asia, and the rule books Frontline Tarawa, Frontline Guadalcanal and Frontline Great Asia War.

About Frontline Tarawa: Japanese and US forces in the Pacific

One of the rule books for tabletop-gamer is about the Battle of Tarawa between US and Japanese forces in November 20 – 23, 1943. In the book you find next to missions for playing a Tarawa battle interesting information about Japanese guns, insignia for special naval landing forces, tanks, bunkers and vehicles, and how to build up a scenery for playing.

The Battle of Tarawa was part of the Gilbert Island Campaign (code-named Operation Galvanic). It was fought from November 20 to November 23, 1943. In this book tabletop-gamers find historical briefings and various lists for appropriate company sized batlles. For any size of tabletop miniatures from 1/100 to 1/72 or 28mm.

Quick look in the book: