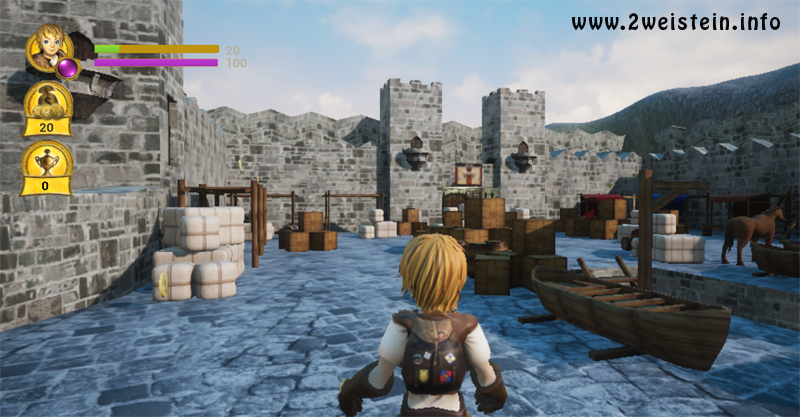 “2weistein – Adventure in Asban” is available on Nintendo Switch, macOS and for WIN10. This is the English version, its a self-contained episode of the PC action adventure “2weistein – The Curse of the Red Dragon”. There is also a German version: “2weistein in Asban“.

“2weistein – Adventure in Asban” is a self-contained episode with new levels, new puzzles, and new challenges from the Action Adventure Learning game „2weistein – The Curse of the Red Dragon“. It builds its own world.

The unique and fantastic idea behind the series of 2weistein games is to train maths in a real 3D action adventure. Embedded in the tantalizing story the player has to solve maths quests or puzzles to get ahead in the game. Developed by professional game designers in close co-operation with a team of psychologists and teachers, won several prices in Europe.

“2weistein – Adventure in Asban” is a self-contained episode with new levels, new puzzles, and new challenges from the PC Action Adventure Learning game „2weistein – The Curse of the Red Dragon“. It builds its own world.

Overview / Übersicht: Where to get / Wo erhältlich